Moated businesses catch the savvy of just about every value investor. The idea of investing in businesses that have "sustainable economic moats" has been handed across generations in the quest of compounding capital at supernormal rates of return. A typical definition of an 'economic moat' would be transcribed as 'the ability of a business to maintain competitive advantages over its competitors in order to protect its long-term profits and market share from competing firms.'
But how exactly do we arrive at defining the moat of a business? On face value, every management claims that their business is different from the other competitor, but is it really so? As Anil Singhvi, the ex-CFO of Ambuja states -
" you claim that your cement is different, but it really isn't. you are no one to claim that. let the market perceive it."

Moats arise from two broad pillars - the final product and the cost structure. Royal Enfield is a classic example of a moat that arises from the product , which in turn commands pricing power. On the other hand, moats arising from cost structure are a little more complex to figure out as they don't catch our attention like the sound of an Enfield does. The savvy investor has to dig in a little deeper to truly understand the underlying advantages that arise out of curtailing cost structure in a commodity centric business - Shree Cement and Dalmia Bharat being the prominent names that come to mind.

In our pursuit of finding companies where the moat resides in the cost advantage and not the product itself we tried analysing commodity centric business with a consumer face. The company we're going to discuss hails from a similar background - an industry brimming with over-capacity, players going out of business everyday and none of the existent players really offering an avenue of incremental value addition(characters reminiscent of an out of fashion commodity business). Lets see if we are able to find a moat in this one.....


First lets read something about the history of the company....

CCL Products was incorporated in 1994 by Rajendra Prasad Challa and Jonathan Feuer. Mr Prasad was earlier the promoter of Asian Coffee which was subsequently sold off to Tata Coffee. On the other hand, Jonathan Feuer has been the CEO of LMZ soluble coffee(one of the biggest names in the world) for 25 years and still represents the brand of CCL in America.

..and now what they do for a living.

Lets now have a look at what the sector has in store for CCL Products....


Instant coffee comprises of 34% of the retail brewed coffee consumed around the world, which pegs it at around Rs 31,000cr as of CY16. According to Euromonitor, this is expected to grow to around 35,000cr by end of CY18. Out of the total consumption for instant coffee, nearly 22% comes from the freeze dried variant. The rest is primarily in the form of spray dried


Instant coffee is easy to make as it just requires the powder being put into hot water to make the drink. This breed of coffee is more popular in areas where there isn’t a strong tradition of coffee drinking - as stated by the CCL Management. The biggest consumers of instant coffee include Russia and the Eurozone, whereas the United States, Japan, Korea and China are all opening up as significant markets in the near future. China is converting to coffee drinking from traditional tea drinking population. According to  Euromonitor, China now ranks as the fourth-largest global market for Ready to Drink coffee in terms of volume, and fifth in terms of value, and its growth is largely a result of the attributes it shares with instant coffee, convenience and a malleable flavour profile


India consumes around 12,000 tonnes of instant coffee and the magnitude of under-penetration can be understood from the fact that Japan(relatively smaller in terms of population) consumes 35,000 tonnes. Instant coffee market’s size in India is currently at Rs13bn .The major players domestically are Nestle(Nescafe) and Hindustan Unilever(Bru) . Both these brands have significant presence across the value chain with their range of products coming in price bands of 275 a kg upto as high as 4500 a kg. CCL Forayed into this segment only last year. The management of CCL has stated that while these two brands have stagnated, the “continental” brand of the company is growing at ~15% , thereby gaining small chunks of the market from the two established players( revenues of 12 lakhs in FY16)
The inherent advantage that the company enjoys here is that Nestle’s retail price of its freeze dried coffee is at least 50% higher than that of CCL’s offering due to the levy of an import duty of 100% . CCL should be able to gain some traction once its brand is launched on a pan-India basis.

....and how they intend on capitalizing it


The company has been steadily expanding its capacity over the years - it currently processes 35,000 tonnes(20,000 domestically and 15,000 in Vietnam)  The company plans to increase it by adding a 5,000 tonne freeze dried plant in India , for which land has already been purchased. hectares (~25 acres) of land in Chittoor district of Andhra Pradesh for ~Rs23cr. Other than land, the total estimated capex will be around Rs250cr out of which Rs120cr will be financed through internal accruals and the remaining through debt.


Continental - CCL’s brand of instant coffee has been recently launched in the states of Andhra Pradesh and Tamil Nadu. The management of CCL has stated that the brand has grown at 15% in these markets , thereby eating away at the share of Bru and Nescafe. The passion and urge of management to really promote coffee as the new lifestyle drink of “Young India” gives us confidence in the future of Continental - “We make coffee available for less than 5rs/cup, current price around 12/cup in small towns.”
In the initial roll-out phase, the brand has been placed in small kirana shops and military canteens in certain states of South India. Besides, the entire range is also available on leading e-commerce sites like Flipkart and Amazon

Lastly, opening up of the United States as the FSA regulations are passed gives the company enhanced visibility for incremental growth in the coming years. The FSA regulations, which are already in place in Russia and other parts of Europe , prohibit the import of cheap Brazilian and mexican instant coffee into the US. This would present a big market for CCL as the country imports nearly 80 to 85,000 tonnes of instant coffee annually, out of which the company’s share is a mere 2,000 to 3,000 tonnes. Hence, there remains significant ground left to be covered.
We did some fact checking of the management and this is what we got....

The ROE Profile of the company has inched up steadily over the same period - a look at the DuPont analysis shows that incremental return on equity has been delivered on account of higher net profit margins, lower leverage and stable asset turnover - 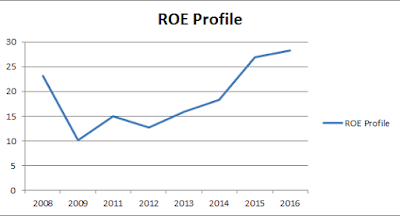 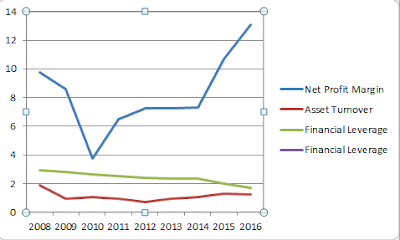 Which, in turn has led to incremental growth in market cap for every penny re-invested into the business -

Equity dilution is a potential zone of darkness that investors need to be wary off when analyzing balance sheets. In the case of CCL , there hasn’t been a single instance of the equity base being diluted, except the issue of bonus shares in the ratio of 1:1 in FY’14(Side note - the permissible limit for equity was increased from 20cr to 30cr in 2013.)

Have the promoters offloaded stake to fund “philanthropic needs” or to fund their “personal needs” ? An analysis of shareholding of the promoter shows that the promoter group holding has remained constant around 44% consistently over a sustained period of time

CCL Products , ‘the parent’  has four subsidiaries - Continental Coffee,Jayanti Pte, Ngon coffee and Grandsaugreen SA. Jayanti Pte. Jayanti is primarily a marketing agent of the company, while Ngon Coffee is the Vietnamese unit which has a capacity of 15,000 tonnes of coffee processing.

The real issue that any minority shareholder would raise questions about is the Swiss Subsidiary - Grandsaugreen. CCL Products initially forayed into Switzerland with plans of setting up a manufacturing unit but due to the extra duty levied on sale, Grandsaugreen became a marketing and packaging outlet for the company. Hence,there was a one time hit that had to be  taken for its change in strategy. This is evident from the negative reserves on the balance sheet

Now, allow me to shift focus to the P/L. The financials of the last three years reveal that although the subsidiary is still in red, it seems to be making some sort of cash profits. (Note - cash profits = net profits - depreciation)

(Vietnamese subsidiary - the plant has been constantly making rapid strides in terms of gaining more and more operating leverage due to increasing capacity utilization . CCL plans to be near full capacity in the near future.)

A look at the financials threw the following conclusions... 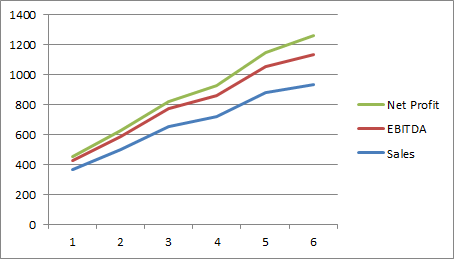 All of the operational efficiencies have hence resulted in inherent cash flow generation, year after year 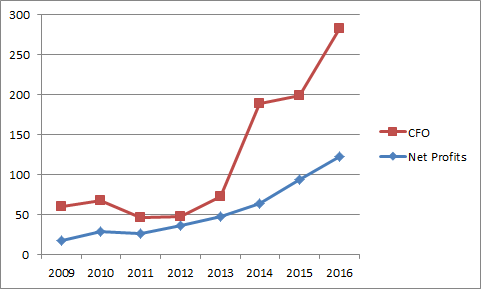 All of that leads to the potential 'economic moat', a wall that CCL builds around itself

In one of the investor conversations, Mr Rajendra Challa mentioned about how the instant coffee market has seen numerous capacities abroad go out of business due to the hyper competitive nature of the sector. He further added that “almost every plant in the world operates at sub 50% capacity.” Within this grim environment, CCL’s consistency and performance down the years truly carve a niche for themselves. The company does over 200 blends of coffee in India and around 6 to 7 blends in Vietnam(which I must mention is still at a nascent stage in its lifecycle.) Getting tea companies to sell its coffee and maintaining its long lasting relationships with key clients are hallmarks for CCL’s truly maverick success down the years

which brings us to the following conclusion...


The planned capacity expansion of freeze dried coffee in India and premiumization of the plant in Vietnam along with increased capacity utilization could lead to higher levels of operating leverage kicking in - and with management guiding for volume growth in the range of 12-15% in the next three years , there rests a case of magnified earnings growth over the medium term. Freeze dried coffee commands a mere 22% of the instant coffee market and as this segment becomes bigger and bigger we could see the wall around CCL become even bigger.